I may be accused of wringing this one dry but here goes. Ok we all know that I was recently in San Diego and it was work but strangely the Festival did not start till 11:00am each morning so that gave me plenty of time to go birding in the local area around Mission Bay. One morning I just walked around Mission Bay and up towards the Hyatt Regencey Hotel. Western, Ring-billed, Heermans & California Gull  kept me occupied along with American Crow. On the water were American Coot, Blue-winged Teal, American Wigeon, Bufflehead, Brant and Pacific Diver. At one point a flock of 60 Black Slimmers were flushed from their roost. I've just noticed the typo and of course I meant Black Skimmers, but if I was as talented or imaginative (read as weird) as perhaps Tom McKinney  then I'd go off on a tangent about 5 dozen African American overweight people being woke up from their slumbers on a Californian beach. But I'm not and I wouldn't know where to take the analogy further.
So I eventually got to the Hyatt Regencey Hotel gardens and this one Anna's Hummingbird kept coming back to the same perch and allowed me to get very close to it. I only had a 300mm lens with me but I was able to get a number of frame-filling pictures of the bird. It even allowed me to walk around it and change the background from whiteout sky to a diffuse green of the shrubbery behind it. It was amazing to watch as the colours of the gorget changed from plain black to iridescent reddish-gold to purple and red. 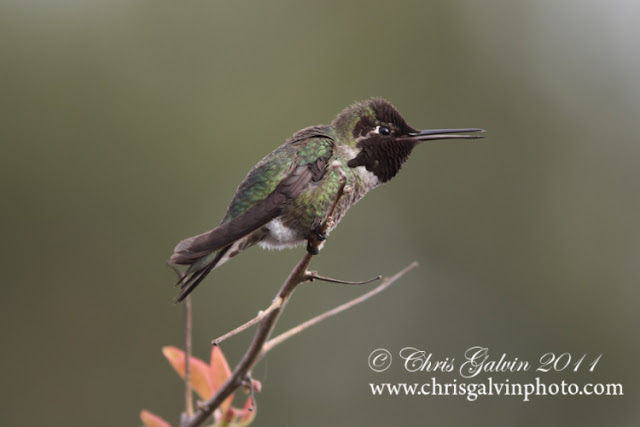 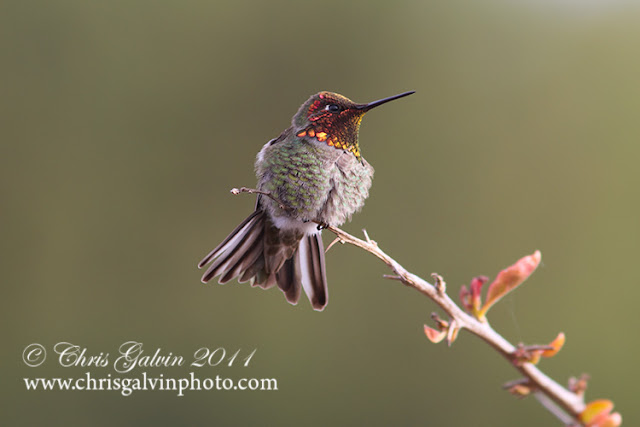 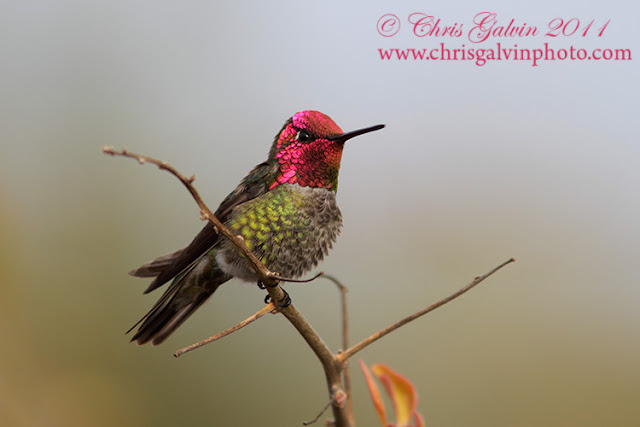 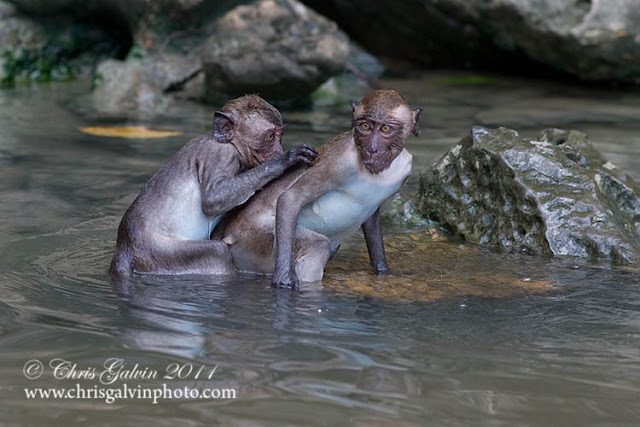 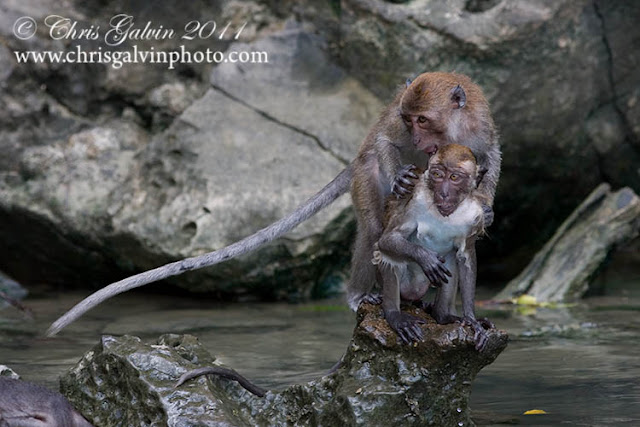 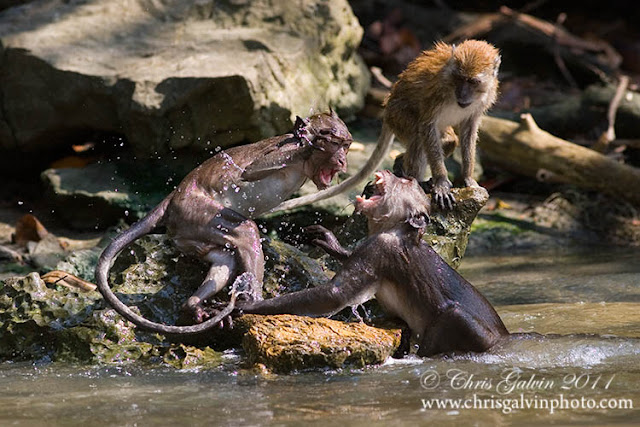 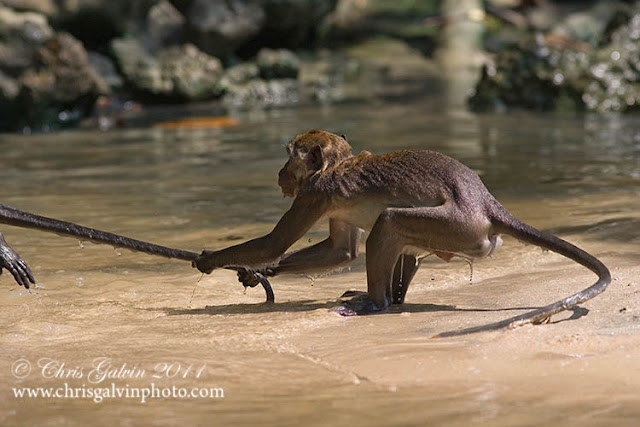 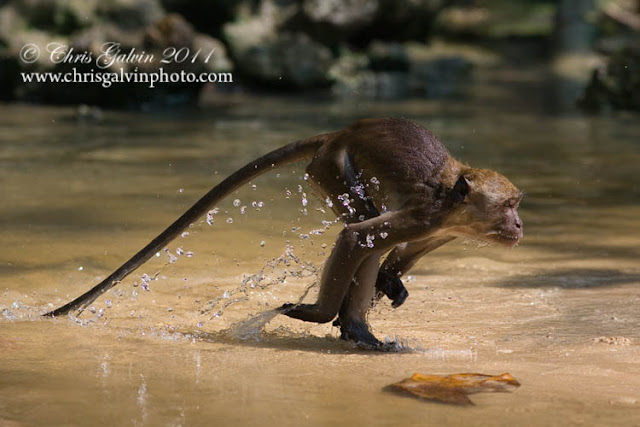 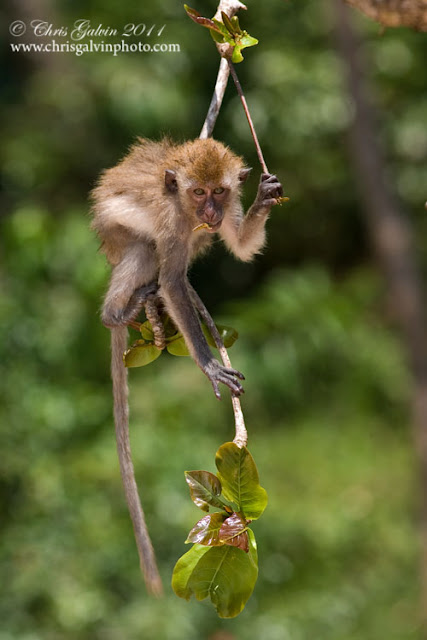 The last few weeks have been chaotic and I have only just finished editing the full res images from Thailand and California so I thought I'd post some images from west coast USA. My camera died on this trip that was a work trip but not before getting some new 'Digi-ticks' as well as connecting with some decent west coast birds. Every tree seemed to have an Audubon's warbler in and the car park of the hotel had Song Sparrow, Savannah Sparrow, Black Phoebe, Say's Pheobe, Anna's Hummingbird as well as Cassin's Kingbird. The Kingbird has the Latin name Tyrannus vociferans and it was not hard to see why, very noisy and birds and were heard long before I found them. The Black Phoebe were catching a large number of Painted Lady butterflies. I had them checked out by an 'invert man' at the San Diego Bird Festival and they are the same Painted Lady that we get here in Europe. The Brewer's Blackbirds fed in amongst the American Coot on the lawn of the hotel near the swimming pool and were there each morning before breakfast.  Black Crowned Night Heron fed on the same lawn next to the hot tub at night before roosting out on yachts in the marina during the daytime. 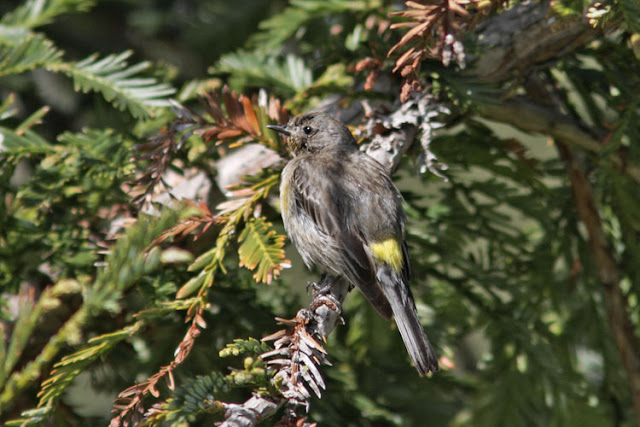 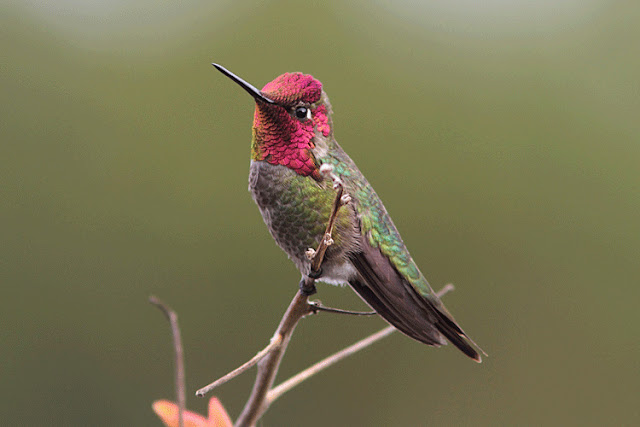 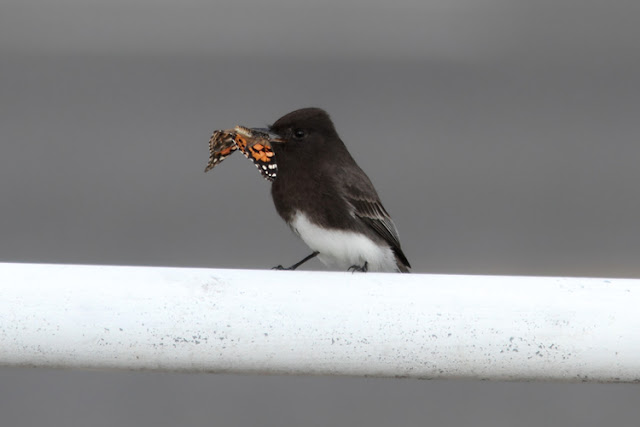 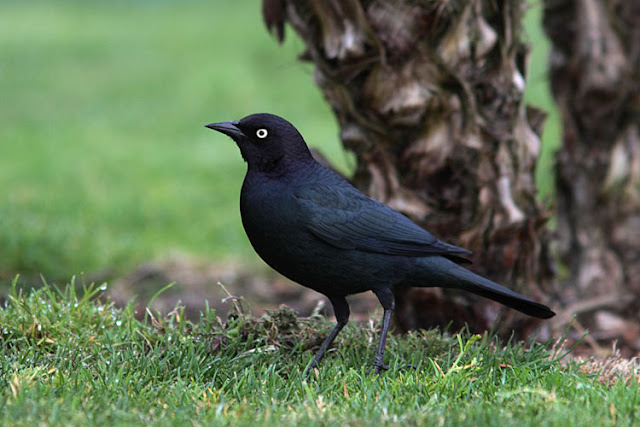 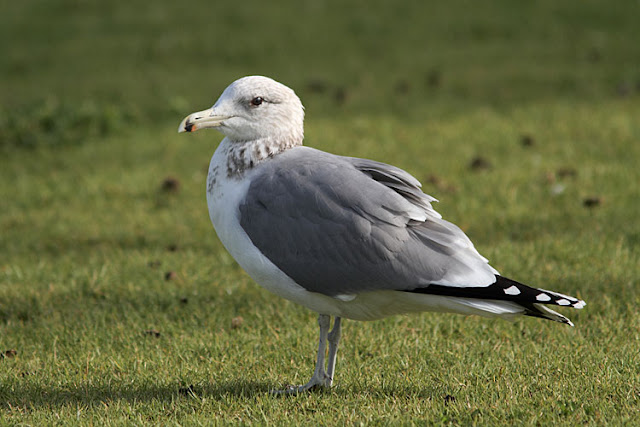 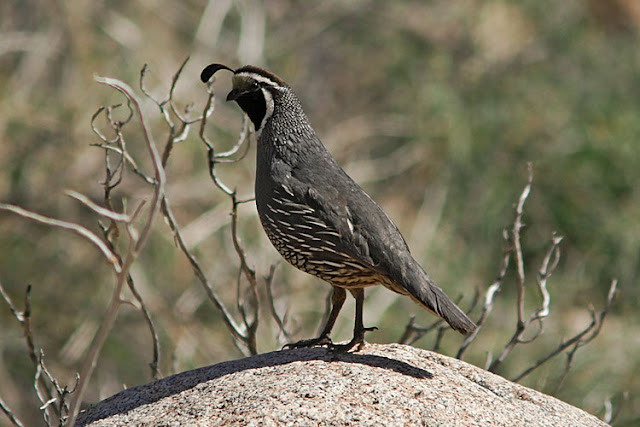 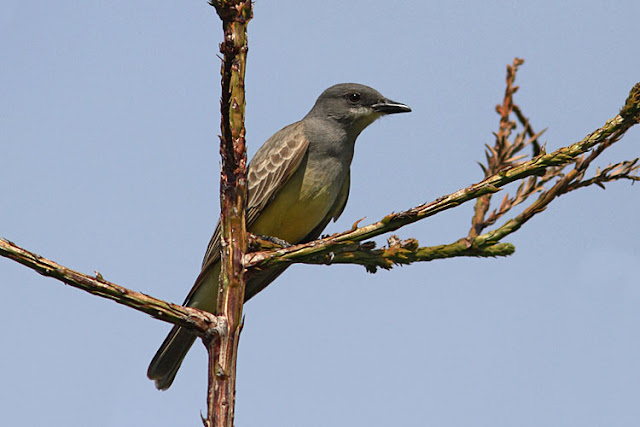 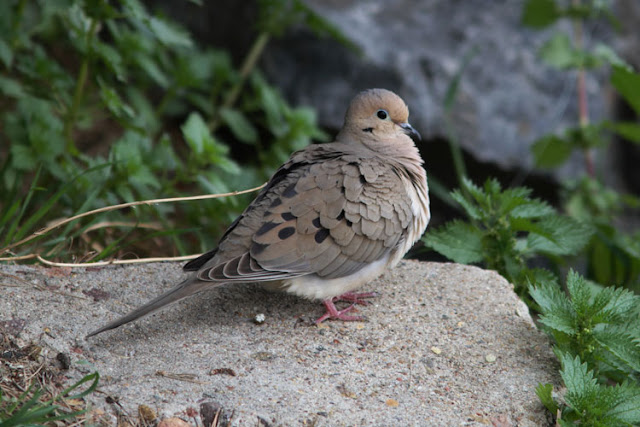 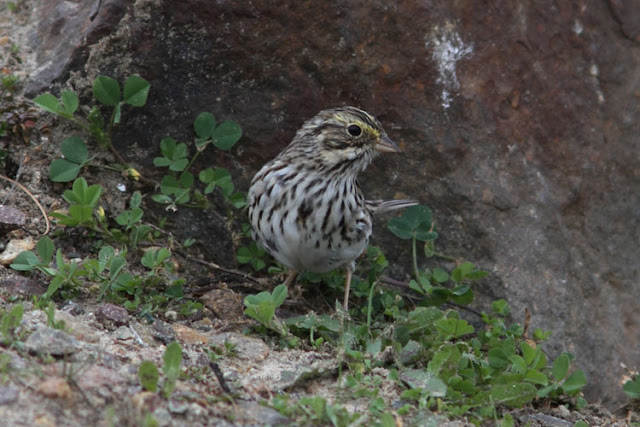 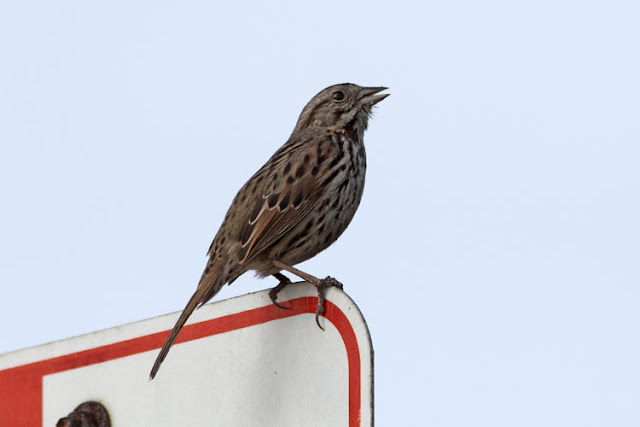 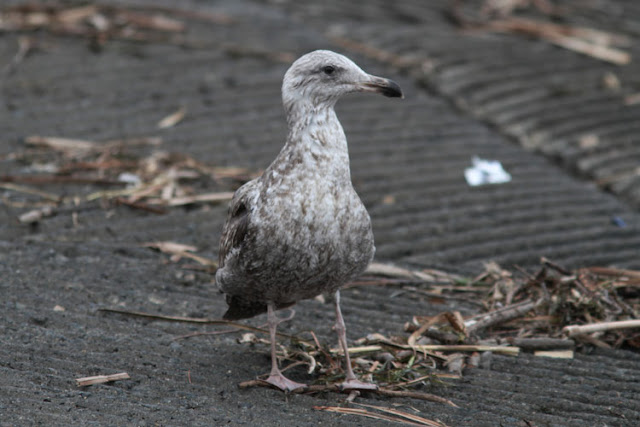 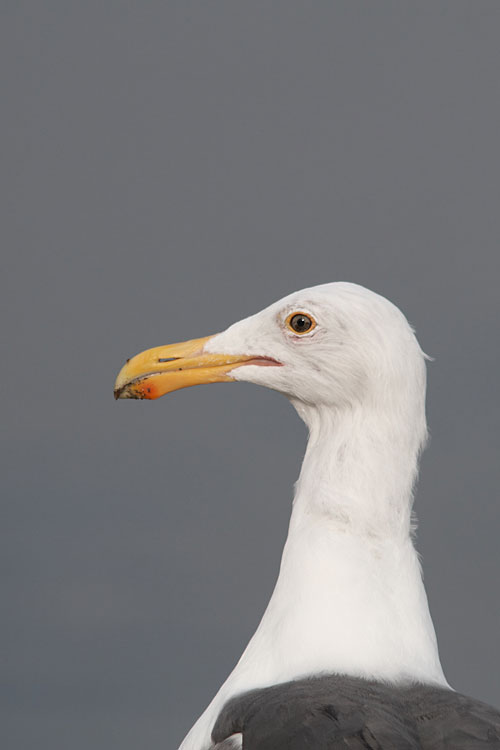 I've just had five days in California for work purposes. I was attending the San Diego Bird Festival. Opticron were sponsoring the event and I was asked to join a birding trip into the Anza-Borrego desert in Southern California. You can just imagine my loud protestaions at being made to bird in southern California. Kicking and screaming I was dragged off to Heathrow for a Virgin Atlantic fight to Los Angeles. San Diego County has the enviable reputation of being the US county with the largest number of species recorded there - over 500. Closely followed by the the county immediately to the north Orange County. Having only birded in Texas there would be a raft of  new species for me that can only be encountered in western USA and some California specialities. High on my most wanted list were the gulls, Western, California and Heermann's and all were very easy and all three were found without me leaving the grounds of the hotel. Other gulls there were American Herring Gull, Bonaparte's Gull and Ring-billed Gull. The hotel was the Dana Hotel & Marina located on the norhtern arm of Mission Bay, San Diego. Here there were Brewer's Blackbirds feeding on the lawns in amongst the American Coots and Black-crowned Night Heron fed at night by the hot tub. Black Phoebe used the volley ball net as a perch keeping a look out for any passing Painted Lady butterflies, before swooping down like a flycatcher and catching them. The palm trees were alive with the chipping of Audubon's Warblers which simply went berserk when pished -  Why does that not happen when in the UK?

The First day of the festival was Thursday and I needed a couple of hours to set-up the optics in the Marina Village Convention Center (sic). Whilst setting up I found it difficult to concentrate with Belted Kingfisher perched up on a nearby boat and visible from my stand. Spotted Sandpiper, Snowy Egret and Eared Grebe (a much better name for Black-necked Grebe in my view) and Forsters Tern were to be regular visitors to this area of the marina over the next few days. Coopers Hawk, Say's Phoebe & Cassin's Kingbird greeted us each morning in the car park. One of the best sightings of the whole weekend was something other than a bird and it was to be found in the car park each morning. Surely the coolest ego plate around. 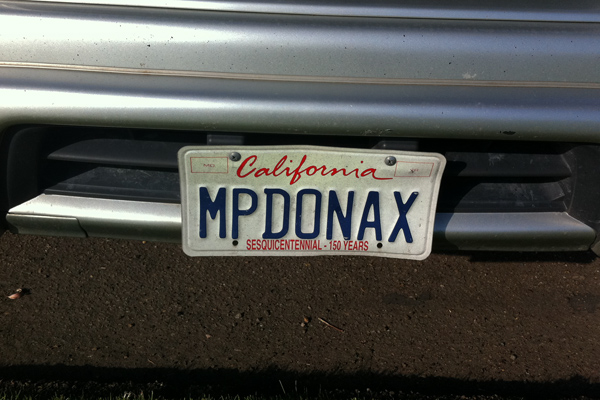 I later learned that this was the license plate of a birder I would spend a bit of time with over the weekend. Steve Sosensky a birder with a lower 48 list of 691 and he says he will not bird out of the USA before reaching 700. I spent both Thursday and Friday manning the Opticron stand and talking to American birders explaining who Opticron are and occasionally doing some birding at the marina. Rough-winged Swallow, Savannah Sparrow and Anna's Hummingbird also found at the convention center. But the big birding day was to be the Opticron sponsored trip into the Anza-Borrego desert. Thirty five empy nest birders and a twelve year boy were booked onto the trip which was being led by real life cowboy Bob Miller. Bob has spent his whole life birding in the desert and an exellent guide, he was assisted by Borrego resident Paul Jorgensen. But 36 is a big birding group and as a sponsor of the trip I was roped in to be a third guide. The day was all about some of the desert specialities in this part of the state. Despit being a two-hour drive from San Diego we were still in the county of San Diego. Targets today would be Sage, Crissal & Le Conte's Thrasher along with Lawrence's Goldfinch, Black-tailed Gnatcatcher, Verdin and Greater Roadrunner. We found seven Sage Thrasher, 3 Le Conte's Thrasher and only heard Crissal but all taget birds were found except the Roadrunner
Posted by Chris Galvin 0 comments